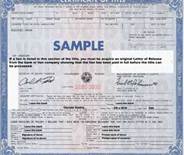 This debtor in South Florida recently lost his free and clear car in bankruptcy (actually the debtor was allowed to pay for the one-half interest in a Chapter 13 so it wasn’t quite as bad as it initially appears). Joint ownership is getting murkier and legal advise is definitely needed to preserve vehicles, money in bank accounts and even real property. Other bankruptcy cases in South Florida have recently attacked the “bare legal title” concept. These situations often arise when debtors share bank accounts, vehicles or even real property with parents, children or other relatives. Generally, we can show that the debtor held bare legal title only for probate or other purposes and the property is not subject to turnover by the bankruptcy court. However, the law in this area is getting rather murky. The facts in this case were as follows: a vehicle purchased by a debtor’s mother, but titled in the name of the debtor and his mother, and the debtor paid the insurance and maintenance. In re Fletcher, 2012 WL 2062394 (Bankr. S.D. Fla., March 6, 2012).

Under Florida law, when a person’s name appears on title to property, a rebuttable presumption arises in bankruptcy that the person has a beneficial interest in the property, although that interest may be an equal interest or a factional share. The burden then shifts to the debtor to prove by competent, clear, and compelling evidence she does not hold a beneficial interest in the property. In re Kirk, 381 B.R. 800 (Bankr. M.D. Fla. 2007).

Had the debtor’s mother paid for the insurance and maintenance in addition to paying the purchase price for the vehicle, the result might be different. See In re Moodie, 362 B.R. 554 (Bankr. S.D. Fla. 2007) (finding a purchase money resulting trust where, although the title provided ownership in joint names, the debtor had no involvement with the property and “in no way contributed to the upkeep or maintenance” or monthly payments); In re Mullennix, 2006 WL 1548643 (Bankr. S.D. Fla. 2006) (denying turnover where the nondebtor mother paid “[a]ll insurance payments, maintenance, care costs and gasoline expenses” despite the title’s being in the debtor’s name alone).

Last week we had the Chapter 13 Trustee in Tampa, Florida allow a “bare legal title” argument with respect to two parcels of mortgage free real estate that were titled in our debtor’s name, but all costs of the property were paid by the mother and cousin. While our client had a beneficial interest so to speak, that interest was not worth anything until the passing of the relatives. As such, the debtor is required to pay into the Chapter 13 plan the value of the property if, and only if, the relative dies within the 5 year plan.

As always, please speak with experienced bankruptcy counsel before doing something that could cause the loss of your property. Christie D. Arkovich, P.A.