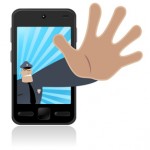 A three judge panel federal court ruled recently against Dell Computer when Dell continued to use an automated dialing system to make debt collection calls to a consumer. This consumer had written Dell asking it to stop calling her cell phone. Dell ignored the letter.

The 3rd Circuit Court of Appeals in Philadelphia ruled that although the consumer had initially listed her cell phone number on her application for credit, she later revoked the consent to call her on that cell phone. This case is likely to have far reaching implications including as far away as Florida because it is a federal court and believed to be one of the first to consider this issue.

The debt collector unsuccessfully argued that the consumer did not have a right to revoke consent. Once given, it argued Dell could call and call, and then call some more. It couldn’t have been more wrong.

Now a special word for our private student loan viewers. There is no better way to gain leverage to settle a case or gain an advantage in negotiations over a reasonable payment plan than use of the Telephone Consumer Protection Act (TCPA). However, there are nuances to this law, and it’s important to know your legal rights before venturing down this path. For Florida residents, contact Christie D. Arkovich, P.A. for more information.