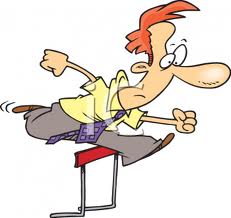 Due to the particularly bad housing market in Florida, more of our bankruptcy debtors are finding themselves exceeding the debt caps in a Chapter 13 when they have severely underwater homes. When this happens, a debtor becomes ineligible for Chapter 13 relief and is required to file a more expensive and cumbersome Chapter 11 in order to keep their home. Thus, those clients who most need the relief of a Chapter 13 reorganization plan, including stripping their second mortgage and having up to 60 months to catch up on their first mortgage, are denied the relief because they exceed the amount of debt allowed in a Chapter 13. Presently, the maximum amount of secured debt allowed is $1,081,400 and $360,475 for unsecured debt. It is the unsecured debt cap that becomes a problem with large underwater second mortgages, undersecured first mortgages, combined with credit card or medical debt.

This hurdle was likely not even considered by Congress when it established the debt caps in the first place. With the enactment of the Bankruptcy Code in 1978, Chapter 13s became much more widely used as sole proprietors became eligible for the first time. Prior to the 1978 revisions only wage earners qualified. While opening up Chapter 13 relief to any with regular income (including business owners and social security recipients), Congress saw the potential for abuse and established debt caps so that sole proprietors of large businesses could not evade the more stringent and creditor-friendly requirements of a Chapter 11.

So what was intended as an expansion of the scope of Chapter 13 eligibility has inadvertently turned out to be a hindrance. The courts and trustees have taken different views of eligibility, and until the U.S. Supreme Court or Congress weighs in, uncertainty will rule. Some courts consider it jurisdictional, some consider it discretionary, and the time periods for determining the total debt varies from when the case is filed to after the creditors bar date to see what debt remains after creditors file their proofs of claim and any objections are ruled upon.

The Eleventh Circuit in Atlanta which presides over Florida federal districts has recently clarified one issue at least. In in re J.H. Inv. Services, Inc. 10-15627, 2011 WL 5903523 (11th Cir. Nov. 22, 2011), our local Judge May’s ruling was upheld when it denied a claim by the IRS. The IRS tried to argue that its claim (filed as secured only) should be allowed as both an unsecured claim and a priority claim despite its failure to identify the claim as such. The 11th Circuit ruled that claims filed as secured, but turn out to be undersecured do not automatically transform into a deficiency claim.

We see this all the time. Mortgage companies file secured proofs of claim for second mortgages which are later stripped in a Chapter 13. They don’t amend their proof of claim. Or they fail to file a proof of claim of any kind and the bar date passes. Pursuant to In re J.H. Inv. Services, Inc., a creditor must take affirmative steps to pursue and preserve an unsecured deficiency claim. It is not up to the debtor’s attorney to file a claim for them. Nor is it up to the Chapter 13 Trustee.

Even if an unsecured proof of claim is filed, it typically fails to attach required documentation of standing and verification of amounts owed. We object if we see grounds to do so. Creditors must file these proofs of claims under the penalty of perjury. Nowadays, that is risky. Perhaps they won’t or can’t come to court with the proper documentation. Getting the unsecured debt below $360,475 equals a successful Chapter 13 until the debt cap issue is resolved.