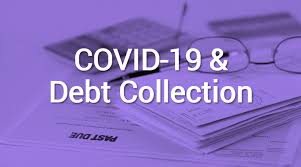 I’ve written quite a bit recently about the Department of Education’s recent announcements to halt the accrual of interest and collections of certain federal loans.  Direct Loans and some FFEL loans are automatically being placed in forbearance until September 30, 2020.

Importantly, these COVID-19 related protections do not apply to all loans – private loans, Perkins Loans and commercially held FFEL loans will continue to accrue interest, and they can continue to collect.

But there are still debt collection limitations that apply particularly during this time of national emergency: