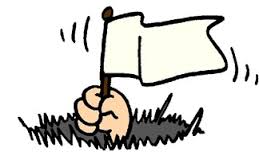 Florida has a history of being unusually lenient when it comes to debtor protections in bankruptcy.  For one, we’ve opted out of the federal exemptions and have our own.  The homestead protections are some of the best in the country.  In some ways Florida’s exemptions are good, in others they are outdated.  For instance if a debtor owns a home they are allowed only $1,000 in personal property exemptions (plus other retirement account and homestead exemptions etc).  A middle class family filing bankruptcy when they are overwhelmed with bills, have personal belongings that total more than $1,000 particularly when they own a home.  This amount is outdated and not reflective of the times.

A recent switcharoo regarding a debtor’s homestead has caught many debtors unaware.  For the past several years, many debtors’ attorneys advised their clients to waive their homestead rights and instead select an option on their Statement of Financial Affairs (“SOFA”) to “surrender” their home even though they continued to live there.  Some of those clients wanted to defend a pending foreclosure or obtain a loan modification.  Some ran into trouble years later and then wanted to defend a foreclosure.  Perhaps a client ran into a mortgage loan servicer with poor recording skills that failed to correctly apply their payments and had to defend a foreclosure that should never have taken place.  Selecting “surrender” on the SOFA can have long reaching consequences because it can forever bar a client from challenging a foreclosure even years after the fact due to a new interpretation of what the term “surrender” should mean.

On October 4, 2016, the Eleventh Circuit Court of Appeals ruled that chapter 7 debtors who file a statement of intention to surrender real property in bankruptcy cannot later contest a foreclosure action, and bankruptcy courts have broad power and authority to sanction violations.  Failla v. CitiBank, N.A., case no. 15-15626 (11th Cir. October 4, 2016).   While Failla is a Chapter 7 case, there is a strong probability it will be argued in a Chapter 13 as well.

The unfortunate aspect of this case is that it completely ignores the principal of res judicata.  Normally, if a party indicates under oath that it will do something such as surrender the property, it would be bound to that.  But the concept of what the term “surrender” means had a whole different meaning prior to 2015.  Before 2015, the authority behind the “surrender” terminology held that it was for notice purposes only and that a debtor who elected to “surrender” his or her home did NOT waive any state substantive rights.  A debtor could note in their schedules that they disputed the mortgage and they could subsequently defend their foreclosure in state court.  Thousands of debtors relied on that interpretation by our former chief justice of the Middle District of Florida.  Now they are learning that it is a waiver of their state substantive rights to defend a foreclosure.  I understand changing the law going forward.  But retroactive application is unfair and was done without warning and due process.  Holding a debtor to a statement they made years ago under entirely different circumstances to a new and opposing vision of what “surrender” should mean is inherently unfair.

There are many different pitfalls regarding exemptions and their proper application in order to retain as much as possible during a bankruptcy.  For more information, please contact Arkovich Law.