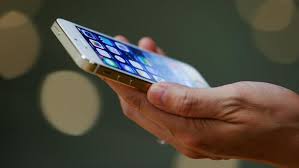 Our Tampa Bay area clients are still in good shape under the recent court and FCC rulings under the Telephone Consumer Protection Act (TCPA).  Oral revocation is alive and well in Florida (although it’s always good to follow up in writing that you’ve asked a debt collector to stop calling your cell phone).  Many other favorable rulings have come out in the past couple years some of which are now being appealed to the U.S. Supreme Court by various debt collectors and creditors.

A number of federal district courts have recently stayed TCPA cases pending the outcome of Supreme Court proceedings in Robins v. Spokeo, Inc. and Campbell-Ewald Co. v. Gomez, and the outcome of petitions seeking review of the FCC’s July 10, 2015 Declaratory Ruling and Order (“FCC Order”) that are currently pending before the United States Court of Appeals for the District of Columbia Circuit. See ACA Int’l, et al. v. F.C.C., No. 15-1211 (D.C. Cir. 2015).

On April 27, 2015 the Supreme Court granted certiorari in Robins v. Spokeo, Inc. to address whether “a plaintiff who suffers no concrete harm, and who therefore could not otherwise invoke the jurisdiction of a federal court” can bring a private right of action based solely on a technical violation of a federal statute. 742 F.3d 409 (9th Cir. 2014) cert granted, 135 S. Ct. 1892 (2015).

And in the wake of the FCC Order, a number of companies filed petitions seeking judicial review of various controversial rulings. These include: (1) to qualify as an “automatic telephone dialing system” (“ATDS”) under the TCPA, a system “need only have the ‘capacity’ to dial random and sequential numbers, rather than the ‘present ability’ to do so”; (2) the term “called party” means the “intended recipient of the call,” which implies that calls to reassigned numbers may violate the TCPA where the previous subscriber—not the current subscriber—provided express consent; and (3) callers that unknowingly call reassigned numbers are allowed one call to gain actual knowledge of reassignment, and knowledge of reassignment is deemed constructive after that single call.

A number of district courts have recently stayed TCPA cases pending the resolution of these three controversies.

Fortunately, here in Florida, the federal courts are continuing to deny stays due to the uncertainty of whether any rulings by the U.S. Supreme Court will impact their cases.  In December 2015, in Berman v. Nationstar Mortgage, LLC, Case No. 15-80924- the Southern District of Florida ruled that a stay would not be imposed in a TCPA case pending the outcome of the U.S. Supreme Court’s rulings above.  The Court cited several federal cases throughout the State of Florida which also declined to impose a stay.

If you have asked a debt collector to stop calling your cell phone (revoked consent), please document this verbal conversation, follow up in writing if possible, and keep track of continued calls.  The penalties for calling someone’s cell phone repeatedly without permission are very strict – $500 -$1,500 per call.  If you’d like further information, please contact Christie D. Arkovich, P.A.