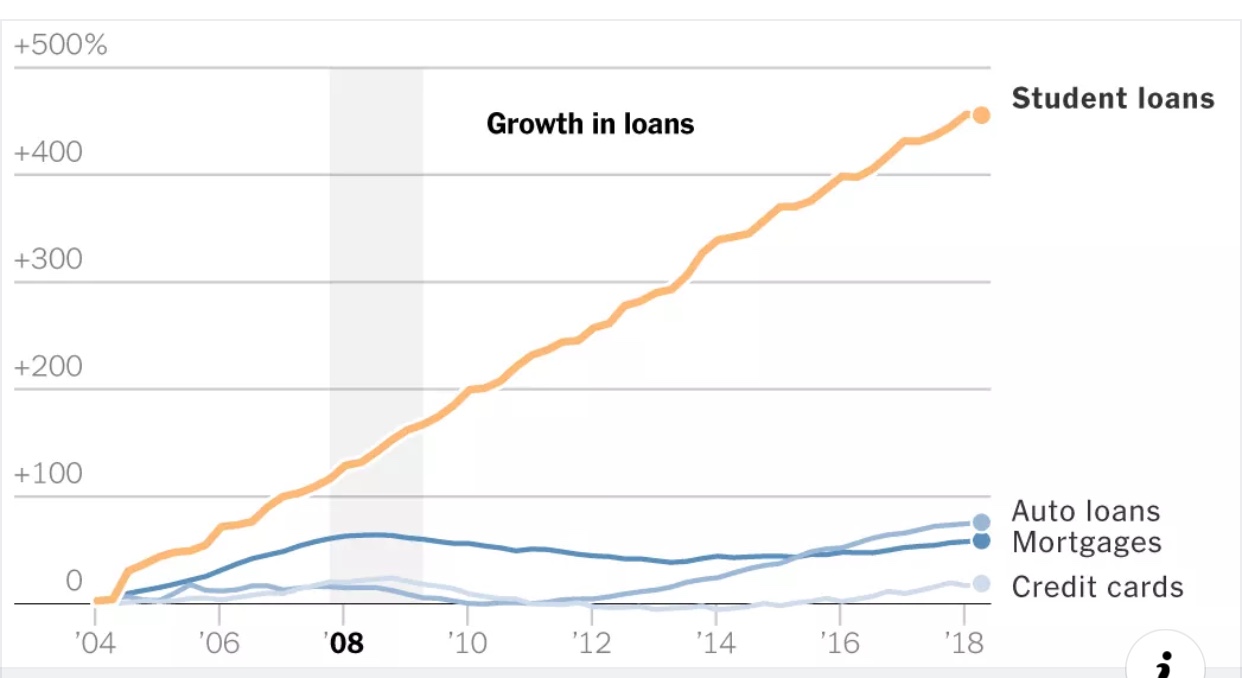 In several stunning revelations, Betsy DeVos announced on November 27, 2018 in a press release that the federal government has 1.5 trillion dollars of federal student loan debt (more than credit card debt and auto loans combined).  It took 42 years from 1965-2007 for the federal student loan balance to grow to 500 billion dollars and in the last ten years that 500 billion has tripled.  However, that wasn’t the surprising part.

Only 24% of federal student loan borrowers are currently paying down both principal and interest.  Nearly 20% of all loans are delinquent or in default.  Those are very high numbers.

To compare, that’s seven times the rate of delinquency on credit card debt.

Secretary DeVos stated that 43% of all federal loans are considered “in distress”.  Keep in mind, these figures do not include private loans which I believe have an even higher distress number.

“The student loan program is not only burying students in debt, it is also burying taxpayers and it’s stealing from future generations,” Ms. DeVos announced.

Ms. DeVos acknowledged that the programs were fraught with complexity with more than 30 variations of 10 different repayment plans, each with their own set of burdensome requirements, and it is not surprising that it’s not working.

I have been a long time proponent of simplifying the federal loan repayment options.  Far too often, I see people in the wrong repayment program having no idea that there are better options out there.  I see teachers and other public service workers being unfairly denied loan forgiveness they have earned and deserve after years of underpaid work.  The whole system is a mess.

What will fix it?  A return to responsible lending would be a good start.  That ship sailed long ago when a student can obtain hundreds of thousands of dollars of student loans both private and federal with very little thought given to the issue of repayment by the lender or the student borrower.  How do we force responsible lending?  Well, bringing back bankruptcy for distressed borrowers when it is clearly obvious that either the education was of no benefit (such as our for profit colleges often are) or there is no chance in *#%$ that the borrower will be able to reasonably repay the obligation.