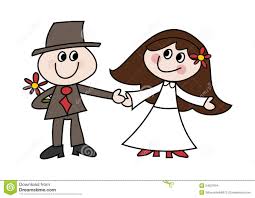 The bankruptcy laws do not require married couples to file bankruptcy together. This is one of those things that people do because they just assume they have no choice, and you can bet that one, two, or five knowledgeable people (none of them bankruptcy lawyers) told them they absolutely had to file jointly. If you are going to declare bankruptcy, and you are married, then several circumstances dictate the outcome of your filing.

When One Spouse Has Much Better Credit Than the Other

Credit ratings are as unique as fingerprints, so the odds are good that either you or your spouse will have a better credit rating. If the difference is quite a bit, then it might be a good idea to file the bankruptcy under that person’s name only. However, you can only write off debts under that bankruptcy if the debt account is under that person’s name individually or jointly. So, just for example, if your spouse has old medical bills (in their name only, from before you married them) that would be eligible for discharge under a bankruptcy, the only way to write those debts off is for either them to file bankruptcy alone or jointly with you. Therefore, you alone cannot write those debts off, because your name is not connected to them in any way. In most cases that I handle, married couples file together, simply because the majority of their debts are jointly held, and thus they want to fix both of their credit ratings and protect their jointly held assets.

When One Spouse Has a Business Under Their Name Only

According to the United States’ Small Business Administration (SBA), small businesses employ more than half of all private sector employees. Therefore, as you can imagine, a fair amount of my clients are either current or former small business owners. In addition, on occasion, I do get a client that is currently married, but they are in debt from a failure of a small business they held individually, which started years prior to them getting married. In those cases, it is usually best if just that person files bankruptcy alone; especially if their spouse’s credit is in good standing.

When There is a Prenuptial Agreement Involved

In a country where 50% of all marriages end in divorce, prenuptial (or premarital) agreements are quite common; especially in couples that were previously divorced before meeting each other. The general idea held by most people is that if a married couple uses a prenuptial agreement to keep their finances separate, then one spouse is not responsible for any debts incurred by the other should the other spouse file a bankruptcy. This is not always the case though. If the debts are incurred before the couple gets married, and they then got married under a prenuptial agreement, then those debts are that spouse’s responsibility only. However, even with a prenuptial agreement, if the debts are incurred after the couple gets married, then the creditor can attempt to hold both parties responsible for the debt by challenging it in court, regardless of the prenuptial agreement. Therefore, it is not as ironclad as people may think, but it is at least some measure of legal protection.

When One Spouse Expects a Big Inheritance

In some cases, a married couple might want to file jointly, even though they do not have to, but expect an inheritance in the near future due to a multitude of possible circumstances. In these instances, it is better for the non-responsible spouse expecting an inheritance to remain off the bankruptcy petition altogether.

For more information on whether you should file bankruptcy with or without your spouse, please contact us at Arkovich Law