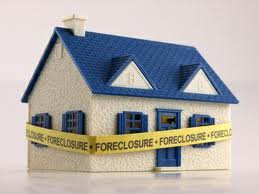 Two banks couldn’t prove they owned the mortgages in Massachusetts and they lost a pivotal case on January 7, 2011. This was a Supreme Court decision following an appeal by the banks when they lost at trial earlier this year. The banks probably regret their appeal of a limited land court’s decision which has now gone viral and has even hit the banks stock prices on Friday. The U.S. Bank v. Ibanez decision is the first state supreme court to weigh in on this issue involving securitized trusts.

What does this decision do for Florida homeowners facing foreclosure? Well Massachusetts is a title theory state while Florida is a lien theory state for one thing. One of the key points of the decision was that a mortgage could be bifurcated or separated from the note due to a 1800s decision in Massachusetts. Florida case law provides that a mortgage follows the note. Therefore no bifurcation would occur. However, if the note is lost as is often the case, and the banks cannot show that the mortgages were properly transferred into the securitized trust, that’s where Ibanez will count.

In Ibanez, U.S. Bank initiated the foreclosure proceeding before it possessed a legally effective mortgage assignment. This happens regularly in Florida. Often foreclosure defense attorneys in Florida are faced with trying to determine when notes and mortgages were actually transferred to the plaintiff bank. The banks present undated endorsements of notes which are merely stamps by an employee who often doesn’t review what they are signing or stamping. Assignments are dated retroactively to try and cure the problem. Numerous employees have testified in countless depositions that they do not review any records prior to executing assignments.

The opinion also addresses the “utter carelessness” with which the plaintiff banks documented titles to their assets and transfers into trusts. Again, this happens regularly in Florida. These issues will likely pick up speed as other state court supreme courts begin to invalidate foreclosures that follow the sloppiness found in Ibanez.