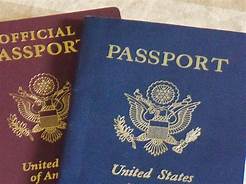 U.S. Passports Can Now Be Revoked for Unpaid Taxes — Can this Expand to Include Unpaid Federal Student Loans?

Right now no.  Although there are signs that U.S. Passport holders could face a revocation of their passports in the future for defaulted federal student loans.

The reason I say this is because of a new law signed by President Obama in late 2016, implemented in 2017, and now in 2018 is beginning to effect the passports of folks with tax delinquencies.

IRS Section 7345 allows for the revocation or denial of a passport in case of certain tax delinquencies of $50,000 or greater, including penalties and interest.  You may be allowed to return to the U.S. but not allowed to leave (and escape from your unpaid tax debt!)  As of this Spring 2018, the IRS is now starting to notify the State Department of tax delinquencies so this will start to impact Americans on a greater scale now.

Could this ever be expanded to include federal student loan delinquencies or defaults?  Yes, I’m afraid so.  There are no signs of that occurring now, but it could easily be done.  If that were to happen I would imagine that the student loan debt would have to be 1) greater than 50k; 2) be federal not private loans; and 3) would have to be in default (which occurs after 270 days of delinquency).

So how to you avoid this?  There are some excellent income based plans with debt forgiveness that help to prevent a default — (you’d need to cure any default that has already occurred by a rehab or consolidation first).  There are eight different income driven plans and there are many differences between them.  Please consult with a knowledgeable student loan attorney regarding which options are best for you and to avoid common pitfalls that we see.  You’d be surprised at how non-transparent the system is and how many thousands or tens of thousands of dollars a wrong turn can cost you.

For more information, please schedule a consultation with one of our attorneys: