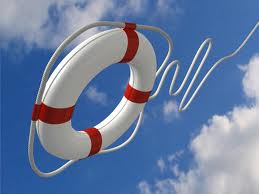 Currently, the Bankruptcy Code does not allow a bankruptcy court to modify a bankruptcy debtor’s first mortgage on his or her primary home. It does not prevent a mortgage company from modifying a loan if it voluntary agrees, but nothing allows the bankruptcy judge the power to force a principal reduction for an underwater home.

It has been this Tampa Bay law firm’s opinion that eventually principal reductions will become more widespread. It has been reported that banks now hold only 15% of the nation’s home mortgages, and that the remainder are now owned by Freddie Mac, Fannie Mae and numerous securitized trusts. When this mess first began, banks held a much larger percentage of home loans which have now been transferred to Fannie and Freddie. I believe the banks should have been forced to eat the loans they made, but I digress. At least now the nation is in a position to permit principal reductions because it is much less likely to crash the five major banks.

NACBA (National Association of Consumer Bankruptcy Attorneys) has announced a proposal to address the dilemma of underwater homes. This new proposal, the Principal Paydown Plan, would provide:

1) Interest rate reductions to 0% for the first mortgage to allow the entire monthly mortgage loan payment to go directly to principal;

2) During a five year plan, the borrower’s minimum monthly housing payment would be calculated similar to a HAMP modification payment at 31% of gross income;

3) At the end of the five year period, the remaining principal balance would be amortized over 25 years at the Freddie Mac survey rate (running approximately 4.75% now);

5) The borrower agrees to a general settlement of all claims against the lender and servicer and avoiding title and loan litigation.

How would this work?

The mortgage payment of $948 a month going solely to principal would reduce the principal balance after five years by $56,000, leaving a balance of $93,000 much more in line with the true value of the home. Presently, at an interest rate of 6.5%, the principal at the end of a Chapter 13 Plan would only drop by $9,580 leaving a balance owed of $140,000 on a home worth $75,000 (assuming no rise or fall in the housing market over five years for simplicity). This would make a borrower much more likely to retain the home and avoid another foreclosure.

The bankruptcy judge and trustee would be the parties to evaluate the eligibility of the borrower and feasibility of the plan. This would be leaps and bounds better than the present admittedly ill prepared servicers and investor owners of the mortgage. Also it would avoid the conflict of interest of servicers which is unnecessarily causing rejections of modifications.

This would eliminate the toxic negative amortization, adjustable and interest-only loans out there.

It would reduce the growing foreclosure fraud and title litigation which unchecked can result in further reductions in home values down the road.

Email your support to your congress critters.