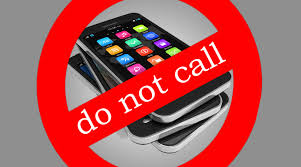 In Florida, the right to revoke calls to a consumer’s cell phone is alive and well. Debt collectors who continue to call these cell phones after being told not to are exposing their companies to damages of up to $1,500 per call. That adds up quick.

So don’t just ignore or block the calls. Take a call. See who it is. Write down who it is, and tell them not to call your cell phone again. Write that down along with the date and time of the call. Then keep a log of calls or take screen shots of continued calls. You don’t have to answer them all. Just the fact they are continuing to call is good enough. The good creditors will follow the law and stop calling. Problem fixed. For the ones that keep calling and ignore your directive not to call their cell phone, we’d like the opportunity to go after them.

Here’s some current law on the right to revoke consent to call (I recommend telling them not to call and writing down the date and time and who you spoke to — even if you didn’t give them permission to call in the first place).

The “TCPA provides consumers with the right to revoke their prior express consent to be contacted on cellular phones by autodialing systems.” Gager v. Dell Fin. Servs., LLC, 727 F. 3d 265, 272 (3rd Cir. 2013). Consumers who consent to receive robocalls are free to revoke their consent at any time. Id. Even if consent is provided as part of consideration to a contract, consumers retain the statutory right under the TCPA to revoke such consent. Id. at 273-74; See also Berg v. Verizon Wireless, 2013 WL 8446598 (W.D. Wis. 2013). “It has been held in this and other courts that a statutory right conferred on a private party, but affecting the public interest, may not be waived or released if such waiver or release contravenes the statutory policy. [cits.] Where a private right is granted in the public interest to effectuate a legislative policy, waiver of a right so charged or colored with the public interest will not be allowed where it would thwart the legislative policy which it was designed to effectuate.” Brooklyn Savings Bank v. O’Neil, 324 U.S. 697, 704 (1945); See also American Express v. Italian Colors Restaurant, 133 S. Ct. 2304, 2313-14 (2013)(J. Kagan, dissent) (It is “uncontroversial” that “courts will not enforce a prospective waiver of the right to gain redress for an antitrust injury, whether in an arbitration agreement or any other contract. [cits.] The same rule applies to other important federal statutory rights.”).1
“[C]onsent is terminated when the actor knows or has reason to know that the other is no longer willing for him to continue the particular conduct.” Osorio v. State Farm Bank, FSB, 746 F. 3d 1242, 1253 (2014) quoting Gager v. Dell Fin. Servs., LLC, 727 F. 3d 265, 270-71 (3rd Cir. 2013). Although a contract may provide the appropriate means for revoking consent, in the absence of a restriction to the contrary, consumers are free to revoke consent orally by telling the defendant to stop calling. Osorio at 1255 fn 1.

For more information, please see these prior blogs or our website Arkovich Law