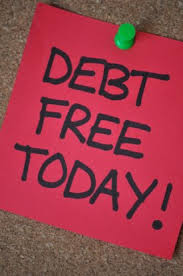 Bankruptcy filings are down substantially in 2014 to only 910,090 which is the lowest number since 2007. Yet at the same time, people are still losing their homes especially in Florida, wages are flat or down and the cost of living continues to rise other than gas which isn’t too bad).

So why are the bankruptcy filings down? Well in some areas, the economy is picking up. Interest rates to carry debt remain low. But overall, I think some of this has to do with the fact that people cannot even afford to file. Many folks in the Tampa Bay area come to us to file when they receive a tax refund – but this year, many people had their tax refund intercepted due to defaulted federal student loans.

There is a way to file bankruptcy on the creditor’s dime that no one really talks much about: talking to an attorney about pursuing debt collection violations. Not all bankruptcy attorneys do this, so you need to talk with someone who actually sues for creditor violations plus files bankruptcy.

A perfect example of this, a client by the name of “Jane” (I won’t use her name for confidentiality purposes) contacted me and asked about her options. She was receiving lots of collection calls on her cell phone but she wasn’t able to save any money to even think about filing a bankruptcy. (Our deposit is only $250, but a typical bankruptcy attorney’s fee to handle a Chapter 7 bankruptcy ranges from $1,000 to $1,500 usually and the court filing fee is approximately $300). She felt that she was stuck with no ability to stop the harassing phone calls. She would have gladly paid the debt if she could.

I asked her to tell the collectors to stop calling her cell phone and to keep a record of when she did that and what was said. To write it down (not to tape record b/c the laws vary on that and in some states it is illegal to tape record someone without their consent). Then I asked her to simply take a screen shot whenever she received another call from that creditor. Although the creditor will often call from many different phone numbers using an auto dialer, many of the times the calls will come from the same area code although not always. She didn’t have to answer every call, just the ones she didn’t know who was calling. She could have also kept a handwritten log of the calls. I asked her to follow up in writing to the creditor to stop the calls. I suggested that every time she did answer the phone, to tell the creditor to stop calling her cell phone and to write it down.

A couple months later we sued two creditors under the TCPA, the FDCPA and the FCCPA and the client was able to afford to file bankruptcy. She also was able to put money down to rent a new apartment (which nowadays requires several thousand dollars with first, last, security deposits). And the debt collection calls have stopped.