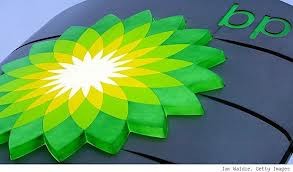 You are going to hear a lot more about businesses filing BP oil spill claims in the next few months. On December 22, 2012, Bloomberg reported that the BP Gulf Oil Spill Settlement for 7.8 billion dollars was approved. This settlement was reached only two days before a trial was scheduled in March 2012. Preliminary approval was obtained over the summer and preliminary new claims filing rules went into effect.

However, litigation and judges can be fickle so no one knew for certain what was going to happen, but now we have a final order.

Some of the key factors of this settlement are:

3) If more than 7.8 billion dollars of claims are paid out prior to April 2014, BP has agreed to pay more money to settle remaining claims;

4) The settlement agreement is more than a thousand pages long with various exhibits for filing all the different possible claims and calculations;

5) There are multiple ways to calculate claims using patterns and benchmarks for income and expenses during years 2007, 2008 and 2009 to determine eligibility and amount of loss in 2010 and 2011. Hiring a professional to file your claim is well worth the time and may result in the difference between your claim being accepted or declined as well as a larger settlement amount;

6) There is an appeals process in the event that you disagree with the result;

7) An attorney who works on a contingency basis will save you thousands in accounting and legal costs in the event that your claim is unsuccessful.

Remember, if you own a business or are self-employed, due to the trickle down effect, any economic losses you suffered in 2010 and 2011 will likely qualify even though you are not in a tourism related business. The theory is that if your county had a drop in tourism income following the April 2010 oil spill, that decrease in income trickled down to all forms of businesses.

For more information and to fill out a one page claims form, please visit to our website: Arkovich Law