Are you unsure whether your private student loans are covered by the Navient/AG settlement?

Navient has sent or is still sending out correspondence to all qualifying private loans under the Navient/AG settlement – give that until the end of July per the settlement – if your address is current with your loan servicer, you will receive information if your loans are eligible.  There are many factors that preclude someone from qualifying unfortunately including credit scores for some provisions.  There is no court mechanism for us to bring up a borrower’s loan that we think should be eligible.  I don’t believe the class action attorneys themselves have any remedy for that in their case.

The most we’ve been able to do is force a bankruptcy stay based upon likely inclusion in the AG settlement.

END_OF_DOCUMENT_TOKEN_TO_BE_REPLACED

Normally, a teacher who qualifies for Teacher forgiveness after five years of service at a low income Title I school, cannot also obtain Public Service Loan Forgiveness using that time.  That won’t matter for someone who has less than $17,000 of federal student loan debt which is the cap for the Teacher forgiveness, but most borrowers that we talk to, have much more debt than that.  To be an educator, often one or even two masters degrees, are encouraged.  That comes at a pretty steep cost.

I’ve just learned that the PSLF Waiver now allows this time to count for PSLF as well as Teacher Forgiveness.  Under the normal rules, it does not.

END_OF_DOCUMENT_TOKEN_TO_BE_REPLACED

I fondly recall our very first Total and Permanent (“TPD”) case a few years back.  An older borrower, as I remember, who was probably in her late 60s, reached out to us after she basically gave up trying to get her federal student loans forgiven even though she had qualified for Social Security Disability. She had sent her SSD approval letter to the Department of Education and its debt collector, but apparently both letters had been lost.

As a result, her Social Security continued to be offset and she received frequent and rude calls from debt collectors who persisted despite her telling them that she was disabled. No one cared.  She was fairly distraught and at the end of her rope, with no one to turn to.  Her servicer wasn’t helping.  The SSA and the Department of Education weren’t able to help her.  The debt collectors were even calling a friend of hers who had nothing to do with the loans. These calls persisted even after she had sent in a TPD application, and after she retained our services.

Once she retained our services, we filed a consumer collections case under Florida and Federal law for these violations. We also sent in a TPD application for her and obtained full forgiveness of her federal loans. Rather than her paying us for obtaining this result, we were able to put money in her pocket from the wrongful debt collection that had occurred, plus we were finally able to put her student loan debt to bed.  The other side ending up paying our fees due to the collection violation case.

END_OF_DOCUMENT_TOKEN_TO_BE_REPLACED

The Senate passed a bill a few weeks ago, the Joint Consolidation Loan Separation Act, to unravel the Joint Spousal Consolidation Loan program which has trapped many older borrowers who were encouraged to consolidate their loans with their spouses upon graduation. While that may have sounded like a good idea back in the 1990s to an uninformed borrower, folks were trapped in the program when it was discontinued in 2006, and therefore were not eligible for the lowest income driven plans, nor even public service because they did not have the correct loan types and could not change them through a consolidation.

Twenty years later, borrowers are still shackled with these spousal consolidation loans even in cases of divorce, or the death of one spouse. If passed, the Act would allow the loans to be severed, and would enable borrowers to access loan relief programs that they were previously ineligible for, such as PSLF, Income-Driven Plans, etc.

END_OF_DOCUMENT_TOKEN_TO_BE_REPLACED

It just occurred to me that our quarterly column, the “Student Loan Sidebar,” which appears in our local newsletter called the Cramdown which is sent to fellow bar members and our judiciary for the Middle District of Florida, Tampa Division, is something that everyone may want to see.  These are linked on our home page with no pay wall here.  This version is a little easier to read as it is exactly as it shows in the printed copy.  The Spring version is up now, and the Summer copy will drop any day now.  The full copy of the Cramdown by the Tampa Bay Bankruptcy Bar Association can be found on its website here.

These are regular student debt updates that I have been writing for a few years.  They are directed to our local bar association and include the recent happenings and what attorneys need to know about student loans (for themselves, or their clients).  They are only 1-2 pages in length, have practice pointers and are designed to raise awareness of what the Department of Education has been up to, or recent cases that are likely to impact local folks.  They are easy reads.  Lawyers who don’t practice in the student loan field, don’t know a lot about student loans.  You don’t have to know a lot about your loans to read these, nor do you have to be an attorney.

I just wanted to flag that as of  7/1/ 2022, PSLF Certification & Application Forms must be submitted to MOHELA.  Section 7 of the form has been updated to reflect the new submission instructions if it is accessed using this link. However, if you generate the form using the PSLF Help Tool or access it from the FSA Forms Library, the instructions still say to send everything to FedLoan.

Hopefully, FSA will change this soon, but until they do, this could cause confusion.

We can still use the old form despite the changes in the document, but we would now submit it to Mohela.

END_OF_DOCUMENT_TOKEN_TO_BE_REPLACED 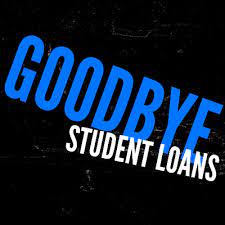 I know the Borrower Defense to Repayment Program has undergone so many changes, and been impacted by political and practical concerns that sometimes none of us knew which way was up, however, the recent Sweet settlement gives hope!  And some much needed finality.  (Remember the settlement is not yet final and could change)  Here’s a Facebook note posted by Nic Brown who has been a very vocal advocate in helping others obtain student debt relief.  His actions to encourage others to speak out, be a class member for various class actions and file claims where warranted, kept the pressure on.  I’m sure many who followed in his footsteps will finally be debt free!

In 2008 I graduated from a “college” that promised me a lot in the beginning and ended up being nothing more than a fraud at the end.

END_OF_DOCUMENT_TOKEN_TO_BE_REPLACED

Whoo Hoo!  In a class action Sweet v. Cardona, the parties, including the Department of Education, have just announced a settlement of Borrower Defense to Repayment claims (“BDTR”).  It’s still early, and we don’t yet know if this settlement will be approved by the Court or if some of the named schools will oppose it.  We anticipate that the listed schools who are still in business will oppose the settlement or petition to have their school removed from the presumptive list.  Here is a copy of the filed settlement agreement.  So while this isn’t final, it’s certainly a huge step in the likely direction of where these BDTR applications are headed.  It’s been a long time coming, and will result in much needed relief for student loan borrowers.

What should you know?  Well, first of all, here is a list of schools that are presently in line for a full discharge.

For a FAQ, please go here.   One of the parties who has been instrumental in obtaining this settlement, the Project on Predatory Student Lending, has prepared detailed questions and answers for those who attended these schools or have allegations of fraud under the BDTR program.

END_OF_DOCUMENT_TOKEN_TO_BE_REPLACED

If you have significant debt but have been told that you cannot file a Chapter 13 consumer bankruptcy, now you can file bankruptcy and not risk dismissal by the U.S. Trustees office.  This change occurred because the Bankruptcy Threshold Adjustment and Technical Corrections Act was signed into law yesterday.  Prior to this Act, someone with high debt was forced into a Chapter 11 — which is extraordinarily expensive and time consuming for the average consumer.  A Chapter 13 is much more cost-effective and efficient to reorganize someone’s finances.

While the name of this Act is thoroughly boring, it is very practical and necessary.  This Act fixes a recurring problem that has reared its head more in the past year than ever before.  Student debt has reached such a high number for many borrowers, that it was actually preventing someone from filing bankruptcy to address that student debt, or even to get rid of ordinary household debt or stop a foreclosure.

Now the debt limit for an individual filing a Chapter 13 is $2.75 million and the Act also removes the distinction between secured and unsecured debt.  This new law is temporary and will sunset on June 21, 2024.  So basically, this means that if you wait two years to file, you will NOT receive the benefit of this debt increase and may again, be prohibited from filing bankruptcy.

END_OF_DOCUMENT_TOKEN_TO_BE_REPLACED

On Friday, the Senate passed a bill that would provide relief to thousands who have been trapped in a long battle with the Department of Education after a married couple had the misfortune of consolidating their loans.  While at first blush that may have seemed like a good idea, the joint spousal loan was not eligible for some of the best relief out there including income-driven plans and public service forgiveness.  We’ve tried to correct this problem by filing an adversary action in bankruptcy to obtain a similar result for our clients who were simply told “no” by the Department.  We were successful in doing so, up until the DeVos administration backtracked on us.

The Joint Consolidation Loan Separation (JCLs) Act of 2021 will: