END_OF_DOCUMENT_TOKEN_TO_BE_REPLACED

A proposed court settlement between the Trump administration and defrauded borrowers is in jeopardy after the administration revealed its widespread denials of requests for student debt cancellation for those who attended schools who lied to them in order to get them to attend, the Washington Post reported recently.

The settlement required that borrowers who were still awaiting a decision on their Borrower Defense to Repayment (“BDTR”) application after 18 months would get 30 percent of their federal loans discharged for every month that the department is late, and those who are denied reserve the right to an appeal.  Not surprisingly, as a result, we have seen mass denials this summer.  I personally have seen around ten outright denials – no specifics, just a general denial of failure to state a claim.  I have seen two approvals – but these were only for 10% of the principal and waiver of interest during the review period.  A drop in the bucket.

This reminds me of the FTC lawsuit against DeVry.  They had them dead to rights with written misrepresentations in their marketing material regarding job placement rates.  The settlement?  Everyone got checks.  The problem was the checks were only for around $500.  For screwing up someone’s life forever.

END_OF_DOCUMENT_TOKEN_TO_BE_REPLACED

This recent 10th Circuit case, McDaniel v. Navient, has gotten a lot of press among those in the student loan arena when it paved the way for discharge of 200k of private student loans.  But what does it really mean?

First, here is what wasn’t addressed in this case.  Navient admitted that 523(a)(8) (a) (i) (government or non-profit lender/guarantor) and (b) (cost of attendance) didn’t apply.  In other words, they agreed that the loans were not guaranteed by a non-profit, and were outside the cost of attendance – so neither argument would prevent a discharge.

Instead, Navient hung its hat on the loans being covered under the “educational benefit” under (a) (ii). But Navient lost.  The McDaniel case is consistent with the 9th Circuit BAP case In re Kashikar as far as the determination that educational loans do not equate educational benefit under (A)(ii).  The 5th Circuit in In re Crocker found the same thing last fall.

END_OF_DOCUMENT_TOKEN_TO_BE_REPLACED

Pop quiz:  which option below is more likely going to END your student loan debt?

END_OF_DOCUMENT_TOKEN_TO_BE_REPLACED

Nope.  At least not at first blush, but keep reading.  Not surprisingly, a loan provided to refinance student loans does not change the character of the loan.  The Court in Juber v. Conklin (In re Conklin), No. 19-91 (W.D. N.C. Apr. 6, 2020) concluded that “[s]o long as the loan refinanced is a ‘qualified education loan,’ then the refinancing loan may still be considered nondischargeable debt under 11 U.S.C. Section 523(a)(8)(B) whether or not it would itself be independently considered an ‘educational loan.”

So what makes a student loan a ‘qualified education loan’?  Certainly not loans taken outside the true published cost of education.  Not loans to attend ineligible schools.  Nor loans made to ineligible students.  All of these are potentially grounds to discharge student loans now — private loans that is.

We successfully discharged/obtained full forgiveness for roughly $250,000 of private student loans for clients just this month.  And the month is only half way over.

END_OF_DOCUMENT_TOKEN_TO_BE_REPLACED

A review from another satisfied customer!  Private student loans begone!

I didn’t think it would be possible

Two quotes that should give student loan borrowers comfort and should give pause to servicers spewing false promises:

Yet, too often the loan servicers have every incentive to put their financial needs ahead of borrowers’ best interests. Servicers are paid a flat fee per loan in their portfolio, leading to chronic underinvestment in customer service. This dynamic leads the loan servicers to shunt students into less affordable plans or botch simple paperwork rather than take the time to get consumers into the right plans that best match their individual situations.

END_OF_DOCUMENT_TOKEN_TO_BE_REPLACED 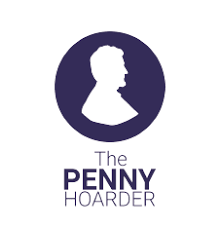 Most everyone has heard of the forbearance on student loan payments until September 30, 2020 due to COVID-19 – but like everything, there are nuances to this.  I was fortunate to be interviewed to participate in Tiffany Connors’ very insightful article, 5 Questions to Ask Before Deciding if Student Loan Forbearance Can Help You” for the PennyHoarder which went up today.

Lots of good advice on whether forbearance applies to your loans, and the pros and cons of accepting it.  I’ve been following PennyHoarder for years and it’s a great publication for those wanting to become debt free and live an independent life!  In fact, I’m typing this blog now while camping at Fort DeSoto in Pinellas County, Florida – my husband is out paddle boarding but since it’s near 90 out at noon, I’d really rather be doing this!  But I do like looking out over the water!

Also there are more helpful tips on using the CARES Act to help manage your student loans appear in our past few blogs if you’d like to scroll back through a few.