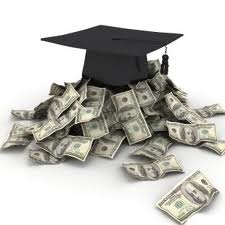 Tonight at 10:00 p.m. the lead story on Channel 13 inTampa is about the National Association of Consumer Bankruptcy Attorneys’ survey that came out today warning of an emerging student loan debt bomb. News Reporter Jeremy Campbell interviewed me about this study and the future impact of student loan debt.

It is very difficult to discharge a student loan in bankruptcy. A debtor has to show an undue hardship that will likely persist for the majority of the repayment period (which runs from 10 to 25 years). They have to show they have minimized their expenses and maximized their income. They also have to prove they have made a good faith effort to repay. Partial discharges of debt are possible and often a favored result for both parties.

The NACBA study shows that four out of five bankruptcy attorneys say that potential clients with student loan debt have increased significantly or somewhat over the last three-four years. Approximately 95 percent determine that few student loan debtors have any chance of obtaining a discharge as a result of an undue hardship.

It never used to be so difficult to discharge student loans. Prior to 1978, student loans were not excepted from discharge at all. Then Congress began limiting discharge to loans that were more than five years old, then seven years old and now there is no limit. Student loans are not subject to any statute of limitations. By comparison, even IRS debt can be discharged after three years. In addition to my debtors’ practice, I have also represented Sallie Mae and other lenders for many years. Over the past 6-7 years debtors have rarely sought a discharge of their student loan debt because of the difficulty and expense of doing so. However, this changed in the past year. The magnitude and permanency of the debt leaves student loan debtors with no choice.

I am a believer of paying back your student loans. After all I would not be a lawyer today if it weren’t for my student loans. On the other hand, when I graduated from Stetson law school, I had $45,000 of loans and my first attorney job paid $40,000. So roughly a one to one ratio. The ratios I am seeing today go as high as 8 to 1 and that’s even if the debtor can find a a job. The cost of tuition has skyrocketed 498% since 1986 while the overall inflation rate has advanced only 115%. Working a $10.00 an hour job is not going to pay your pay way through school anymore.

With the lack of jobs, more students are staying in school and getting advanced degrees. Jobs are scarce and earnings are projected to decline further. Unemployed graduates are getting deferments and forbearances but the interest keeps creeping up. It doesn’t take much for $35,000 in loans to grow to $75,000 or much more. Recent clients of ours, a married couple with two children, had roughly $40,000 in debt when they graduated in the mid 90s with professional level degrees. Following periods of unemployment and childbirth, they amassed a combined $170,000 in loans. They had the unfortunate luck to consolidate their loans when the interest rate was 8%. They were not allowed to re-consolidate later when the rates declined. The sheer magnitude of debt and impossibility of ever paying it off is why discharge (even a partial discharge) in bankruptcy should exist.

Just like the housing bust did not just affect the homeowner who lost their home, but it also affected the value of their neighbor’s house, the interest income of the fixed income folks, and the future taxpayers due to the bailouts of banks and Freddie and Fannie, this student loan debt bomb will also impact others besides the students. Parents co-sign these debts. Loans to parents for their college bound children jumped 75 percent since the 2005-2006 academic year. Students strapped with this debt will not be able to afford home ownership at a time when we have years of vacant houses in inventory. Their disposable income to keep our economy flowing will be next to nill for an incredibily long time.

This is the first year that student loan debt exceeds credit card debt. The NACBA study reports also that debt collectors for student loans are getting more aggressive.

Restoring bankruptcy protections would help let the air out of this bubble before it becomes unmanageable like our housing bubble. Easy credit and low interest was the primary cause of the housing bubble. Easy federal money through non-dischargeable and guaranteed student loans causes the same kind of irrational lender behavior. It is also the primary factor behind the crazy tuition prices today.