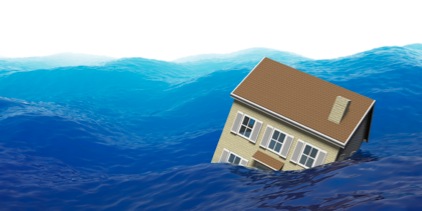 This year, the Florida Supreme Court in Osbourne v. Dumoulin, No. SC09-751 ruled that a homeowner can claim the wildcard exemption even though they are keeping their home when it has no equity. Some judges were already ruling in this manner. As a result, many attorneys began to claim the $4,000 wildcard exemption and avoided claiming the home as exempt. Trustees were not interested in the home because it had no equity so there was no need to claim the homestead exemption.

Seeing the profit potential, some companies have begun to contact the Chapter 7 trustees in the Tampa Bay area and offering to buy the bankruptcy estate’s interest in the homes where no homestead exemption is claimed. Their goal is for the approximate $2,000 that they pay the trustee, the real estate firm will then put the house up for a short sale where they make a few bucks, and charge the homeowner rent in the meantime. The homeowner gets blindsided when they intended to keep the home all along.

So the bottom line is the homeowner has to make a choice between the safe risk-free choice of claiming the homestead exemption and paying to keep any personal property over $1,000 per debtor (waiving the wildcard), or taking the risky approach and protecting an extra $4,000 of personal property per debtor but risk losing the house. In addition to short selling the house and charging rent, I imagine that the real estate firms will offer to sell their interest back to the debtor at a substantial profit as well although we haven’t heard of this happening yet.

Another surprise in failing to claim the homestead exempt is that the Chapter 13 trustee, Terry Smith, is taking the stance that if the non-exempt home is sold during the three to five year reorganization plan, the Trustee is entitled to the proceeds after the mortgages are paid. This would be easy to avoid, just don’t sell the home during the pendency of the Chapter 13, or claim the homestead exemption if you think that your home will build equity during the plan so as not to be underwater any longer. Also if your home suffers a loss such as a sinkhole or fire, the bankruptcy trustee will acquire the rights to the insurance proceeds. Also if there is an arrearage (past due payments) to be paid in the Chapter 13 Plan, the trustee will object to these amounts being paid on behalf of any property not claimed exempt. Since many plans are designed to catch up arrears, this objection alone will require the home be claimed exempt. It appears that it will be a better practice to claim the home as exempt in a Chapter 13 to avoid problems such as this even if a greater sum must be paid in the plan to keep non-exempt property when the wildcard is unavailable.