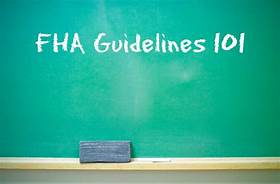 If you have a FHA mortgage and have not had a face-to-face meeting with your lender, this may be the ticket to stop the foreclosure!

Foreclosures are on the rise in Florida:  Tampa/St. Pete is up 75%; Orlando is up 198% and Jacksonville is up an astonishing 332%.  While Tampa is the strongest real estate market of these other Florida metro areas, this uptick bears watching.  Overall, I’d have to say as a foreclosure defense attorney that lenders appear to have corrected many of their ways regarding properly documenting a mortgage and its subsequent assignment.  But lender practices are often still deficient.  A foreclosure defense attorney just needs to be more diligent in representation to ensure our laws are followed.

A mechanism that was designed to prevent unnecessary foreclosures is found in FHA mortgages and is known as the face-to-face meeting requirement.  FHA notes specifically limit acceleration of the debt and foreclosure only when permitted by HUD regulations.

(b) The mortgagee must have a face-to-face interview with the mortgagor, or make a reasonable effort to arrange such a meeting, before three full monthly installments due on the mortgage are unpaid….

(c) A face-to-face meeting is not required if:

(1) The mortgagor does not reside in the mortgaged property,

(2) The mortgaged property is not within 200 miles of the mortgagee, its servicer, or a branch office of either,

(3) The mortgagor has clearly indicated that he will not cooperate in the interview,

(4) A repayment plan consistent with the mortgagor’s circumstances is entered into to bring the mortgagor’s account current thus making a meeting unnecessary, and payments thereunder are current, or

(5) A reasonable effort to arrange a meeting is unsuccessful.

A Florida appellate court in Chrzuszcz v. Wells Fargo Bank, N.A. (Fla. 1st DCA 2018) recently ruled on June 28, 2018 against Wells Fargo holding that the HUD-mandated face-to-face interview (or attempt to interview) was a condition precedent to the foreclosure action, and the Bank shouldered the burden of proving its satisfaction.  The foreclosure case was dismissed.

Alleging that the lender did not comply with this HUD mandate should be pled as a failure to meet a condition precedent – at which time the lender has the burden to prove its compliance.  In law, who has the burden of proof sometimes can make all the difference between winning and losing.

This may be a fairly technical defense, and it has teeth.  If the lender cannot prove reasonable efforts to arrange a face-to-face meeting it cannot complete its foreclosure.  Likewise, if it never sent a certified letter regarding the same, the foreclosure action should fail.

What are the practical aspects of this HUD required provision?  Well, we have one such client now who states he was never given the opportunity to participate in the face-to-face meeting.  Had this occurred, the hurdle of providing complete income documentation for a loan modification would likely have been met.  Instead, an unnecessary and wrongful foreclosure action has likely occurred along with the costs of foreclosure and damage to a homeowner’s credit.

For a review of your mortgage and what is necessary for a lender to successfully foreclose, please schedule a free consultation: