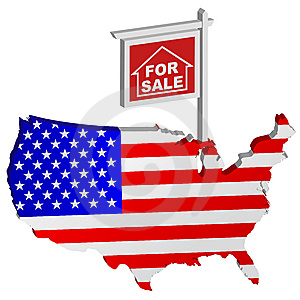 The ordinary household is drowning in mortgage debt. Sure, some homeowners were reckless, but most were not. Regardless of fault however until the mortgage crisis is fixed and our unemployment is cut in half, our country’s households will continue their downfall. This Thursday, President Obama is to announce some sort of plan to reduce unemployment and provide solutions to our mortgage crisis.

The New York Times editorial recently addressed NACBA’s Principal Paydown Plan. I urge everyone to read this editiorial and contact your representatives or the Whitehouse to support this plan which would amend the bankruptcy code to allow mortgage payments in a Chapter 13 Plan to go directly to principal thereby reducing or eliminating the underwater portion.

New approaches are necessary. HAMP has probably caused more foreclosures than it helped because of the poor implementation by the banks and mortgage servicers. For instance, I can’t count the number of homeowners who have said that their mortgage company told them they had to be three months behind before a modification could be discussed, only to call three months later and hear that modifications are only available for borrowers who are current. This doesn’t even count the homeowners who have given up after submitting their paperwork umpteen times. Or those on endless trials only to be told they don’t qualify and now owe $30,000 back payments by Friday. Oh and they can’t get a loan to catch up the arrears because their credit has been dinged by the servicer who failed to explain that a mortgage modification would destroy their credit.

New approaches are necessary. They need to avoid the inherent conflict of interest between mortgage servicers, investor owners and homeowners. The current programs provide more money to mortgage servicers who cause or allow the default to run for a lengthy period of time and then foreclose. Did you know that HAMP allows for a current performing loan to be modified and it actually provides a $500 incentive to a servicer that does so? The government will accept an affidavit of an impending hardship that will make it difficult or impossible to pay next month’s mortgage payment and thereafter, such as a job loss or transfer. Apparently, mortgage servicers have never heard of this. Not one borrower of the hundreds or thousands who have consulted with me in the past three years were ever advised of this affidavit. Or could it be that the servicer will earn more than $500 by encouraging default and then foreclosing.

Whatever measures President Obama considers, he and his staff need to be mindful of the conflict of interest of servicers. I have had a number of mediations where solutions beneficial to both the homeowner and the investor/owner were presented only to be shot down by the mortgage servicer. Who by the way, doesn’t even know how to contact their client if the investor owner is a securitized trust to see what it would want.

Even if a mortgage servicer is above board and doesn’t deal out self-serving mortgage modifications, often their hands are tied by the servicing contract. They cannot act outside the box and accept a reasonable modification if they are afraid of being sued for their actions.

Control of the situation is needed. Freddie and Fannie have shown some degree of success in their servicing of loans. The bankruptcy court is an excellent forum to deal with these issues. The Principal Paydown Plan mentioned above proposed by the National Association of Consumer Bankruptcy Attorneys is an excellent suggestion. Even just allowing refinancing of underwater loans from 6-8% to the current 4% would prevent huge numbers of foreclosures.

Whatever plans the President has for this Thursday’s announcement, I certainly hope he’s taken the conflict of interest of the mortgage servicers into account and is ready for a NEW APPROACH!