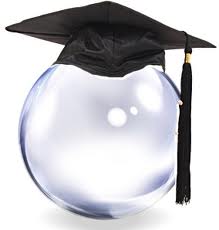 Earlier this year, total student loan debt surpassed credit card debt for the first time ever. Student loan debt and the resulting high tuition are without a doubt in a huge bubble after having raised 800 percent in the past few years. After graduation, students are presented with the bill and most have no idea how it got that high.

Why is this? The cause of this student loan bubble is not unlike the mortgage crisis. The initial theory was to expand homeownership to the masses. Thereafter, lax lending standards allowed more and more people to buy homes. More buyers led to higher prices. The mortgage loans were securitized on Wall Street to unidentified investors. As the demand for these investments grew, the need for more questionable loans grew. People began to fear being left behind, if they didn’t buy now, they would be priced out of a home forever. It was actually cheaper to buy a home than it was to rent one with first month, last month and security deposit required in cash. Who cared if the loan couldn’t later be repaid when it was determined that the homeowner didn’t actually have a job that paid $200,000, but instead worked as a gardener for $20,000. Turns out that kind of thing really matters now that our housing market tanked 50% or more across the board as a direct result of this chain of events. Poorly run mortgage servicers or those with their own agenda has multiplied the number of foreclosures. The resulting crash hurt everyone, even people who could normally afford their home payments but god forbid lost their job or had to move.

Feeding the securitization beast was a common problem among mortgage brokers and investment banks. They had to create product to sell to the securitization machine. Kinda like making meth in large quantities in the popular show Breaking Bad that I am now hooked on and spent half of this past Labor Day weekend watching.

Do you know that private student loans are also securitized? These trusts are filing state court lawsuits to collect student loan debt in greater numbers this year than ever before.

Similar to the subprime mortgages, there is little interest in whether a student of womens study or social studies can actually afford to pay back $200,000 in student loans. There is little risk to the private banks who lent this money. These private loans are guaranteed by the government. They are non-dischargeability in bankruptcy. So why exactly is the interest rate for private student loans as high as 11-12%?

Students often don’t know what the real world is about. They are taught to go to college rather than trade schools. They are taught to go to the best college that will accept them and obtain professional and graduate degrees to get the best jobs. The disclosures about these student loans, default rates of the schools, and amount of debt expected upon graduation is ludicrous. There is a complete lack of transparency. Hopefully that will change with a recent bill introduced into Congress.

There is a case to be made that allowing some student loan debt to be discharged in bankruptcy may bring some sanity back into the system. It may cause lenders to re-prioritize and conduct a tradtional analysis of whether a particular loan makes sense. Investors in securitized student loans would begin to pay attention to the possibility of default and discharge. Students who are hopelessly in debt will start to become hopeful that they can buy a home or have kids during their lifetime. And tuition would start to come down.