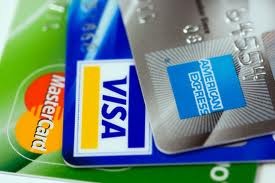 All this talk about a foreclosure plaintiff needing to have proper standing, chain of title and assignment records reminds us that the same is required, but often overlooked, in credit card lawsuits.

In Florida, debt collectors bringing lawsuits for unpaid credit card balances are required pursuant to Florida Statute Section 559.715 to show that any assignment of consumer debts is done with “written notice of such assignment within 30 days after the assignment”. If the creditor cannot produce evidence of the notice, the case should be dismissed. See LVNV Funding, LLC v. Harris (Fla. Miami Dade Cty. Ct. June 24, 2009). Also the courts regularly require documentation of the assignment by an authorized representative of the original creditor before a third party is allowed to obtain a judgment against the consumer.

Increasingly, evidence has appeared that shows debt buyers do not actually own the debt they are suing to recover. Large portfolios of accounts are divided and subdivided and sold to multiple buyers. Sometimes the debt buyer fails to pay in full for the accounts, and the right to collect is returned to the original creditor. More layers of complexity are added if the debt was pooled as part of a securitization. The debt collector will rarely reveal the existence of the trust even though it is the true owner of the debt.
END_OF_DOCUMENT_TOKEN_TO_BE_REPLACED

Debt buyers pay pennies on the dollar for the right to collect delinquent credit card balances and other consumer debt, but they do not often pay the creditor for the back-up documentation. After a lawsuit is filed in Florida, if the consumer’s attorney requests that such documentation be produced, and the debt buyer fails to do so, the lawsuit can be dismissed. In Florida, documentation upon which the claim relies must be attached to the initial Complaint but it often is missing. Since most cases go unchallenged, the debt buyer gets a judgment without having proved its case.

However, more consumers are recognizing that hiring an attorney to defend a debt buyer’s lawsuit can help. As a result there is an uptick in dismissals is resulting from the assembly line debt buyer lawsuits. One of the frequent approaches taken by consumer’s counsel is that they ask for the affidavits upon which the debt buyers rely to prove up the debt be stricken when the supporting documentation is not provided. In Florida, all affidavits used in connection with summary judgment must attach the books and records upon which the affiant reviewed and relied. In some cases, the documentation is contracdictory such as in an alleged assignment of the debt where the assignment does not exist or it is faulty. Riddle v. Unifund CCR Partners, 298 S.W. 3d 780 (Tex. Ct. App. 2009).

Affidavits can also be challenged for admissibility when the business records exception to hearsay is found to not apply. Many counsel skip over challenging the application of the business records exception, but it can be a very valuable tool. For instance a Missouri appellate decision in Asset Acceptance v. Lodge, 2010 WL 3759538 (Mo. Ct. App. Sept. 28, 2010), stated: