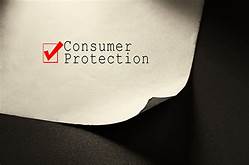 Most of our debt collection laws in Florida apply only for consumer debt, not business debt.  Sometimes the answer is not quite clear as to what type of debt is involved.  What if for instance you operate a business and took out a loan, but signed a personal guarantee.  Sometimes, that personal guarantee will have language referring to the debt being for personal, family or household use.  That would likely make the guarantee a consumer debt.

By the way, that terminology comes from the Florida Consumer Collection Practices Act (“FCCPA”), Fla. Stat. Section 559.55-559.77 which defines a consumer debt as a debt incurred for “personal, family or household use.”

What happens if you buy a house, live in it for years, but then ultimately end up moving and renting it out?  Or you rent out a room while you are living there?  Commericial or consumer debt?

END_OF_DOCUMENT_TOKEN_TO_BE_REPLACED

If you closed on a short sale in the last five years and did not obtain a waiver of the unpaid balance owed to the first mortgage holder, you are at risk of now being sued for the difference – called a deficiency balance.  This could be for tens or hundreds of thousands of dollars.

Lawsuits for deficiency judgments are likely to pick up in Florida following a recent case which held that the statute of limitations is five years following the short sale rather than the one year after a foreclosure sale.  We were afraid this might happen and we advised our clients during the height of the short sales not to close without a deficiency waiver.

So any short sale that occurred before mid 2012 would be safe, those short sales that closed after mid 2012 are at risk.

END_OF_DOCUMENT_TOKEN_TO_BE_REPLACED

We’ve had some of Tampa Bay Florida clients ask us what the forgiveness act means to them and if it applies to them and I thought the following summary may help others as well:

END_OF_DOCUMENT_TOKEN_TO_BE_REPLACED 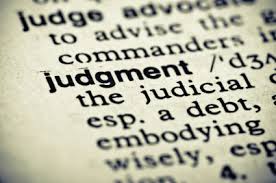 In the past year, Floridians have been hit with ten thousand or more deficiency lawsuits by Dyck-O’Neal, a collector hired by Fannie and Freddie to go after unfortunate homeowners. Many defaults have been obtained against homeowners which should not have occurred due to lack of personal and/or subject matter jurisdiction. Many folks did not even know these additional lawsuits have been filed against them. A recent New York Times article recently addressed this focusing on the ability of Dyck-O’Neal to go after deficiencies even in cases in which the underlying foreclosure action was suspect.

Some defenses raised by defense counsel in these cases are now hitting the appellate courts. In one such case decided May 1, 2015, Reid v. Compass Bank, 1D14-930 (Fla. 1st DCA May 1, 2015), the First DCA affirms the rule that a plaintiff in a foreclosure case cannot file a new lawsuit to seek a deficiency if the foreclosure court reserved jurisdiction for the purpose of entering future orders relating to the foreclosure.

“Notwithstanding the fact that First Federal Savings supports the argument that a party is not entitled to pursue an action at law on a promissory note where that party includes a prayer for a deficiency judgment in its foreclosure complaint and the trial court reserves jurisdiction to enter a deficiency judgment, we have determined that affirmance is warranted in this case based upon the circumstances presented.”

END_OF_DOCUMENT_TOKEN_TO_BE_REPLACED 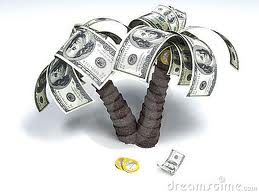 Mortgage companies in Florida must think money really does grow on trees as they are now suing for deficiency judgments on past foreclosures of homes. July 1, 2014 was the deadline in Florida for lenders to file deficiency lawsuits for foreclosure Judgments issued between July 1, 2009 and July 1, 2013. This is the result of the foreclosure bill last summer drastically dropping the number of years for a mortgage company to sue for a deficiency from five years to only one year.

So we’ve seen a flurry of filings from a couple groups: Dyck-O’Neal, Inc. and Collins Asset Group. The approaches have differed somewhat, Dyck-O’Neal files new actions for primarily FNMA while Collins substitutes plaintiffs and simply files a motion in an existing case that is likely re-opened to do so. Until recently, actions seeking a deficiency have been limited mostly to small local banks or credit unions. The Washington Post described Fannie and Freddie filing more deficiency actions through debt collection firms such as Dyck-O’Neil in order to stop strategic defaulters and try to collect debts on behalf of taxpayers. However, Dyck-O’Neal has been sanctioned in Georgia and Texas for improper actions.

Former Florida homeowners are just learning of this now when they are being served by process servers with a summons or a motion for deficiency judgment. Just when they thought their problems were behind them noted a recent Marketplace article.

END_OF_DOCUMENT_TOKEN_TO_BE_REPLACED 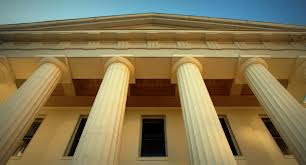 Under Florida law, a creditor has up to twenty years to try and collect a judgment. That’s an intimidating number, two whole decades. Something not to take lightly. To become a lien on real estate, a certified copy of a final judgment must be recorded in the public records in the county in which the real property is located.

In comparison, a bankruptcy remains on someone’s credit report for 10 years. However, the last 18 months is the most important time period in anyone’s credit history and often the bankruptcy after it gets old enough is considered irrelevant.

END_OF_DOCUMENT_TOKEN_TO_BE_REPLACED 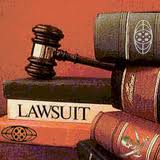 In Florida, typically someone who is sued is served with the lawsuit and given 20 or sometimes 30 days to file a response. If the lawsuit was filed in small claims court, you are given a date to appear at a pretrial conference instead of filing a written response.

The most important thing is: Don’t ignore the deadline. It doesn’t matter that you think you might be able to work it out or that you called the attorney’s office who filed the lawsuit. If you don’t file a timely written response with the court, or attend the pretrial conference, a default will be entered against you. A default judgment can last up to 20 years in Florida and is very hard to challenge.

Before the deadline expires, please see an attorney. Many attorneys, including our office offer a free consultation for foreclosure defense or debt collection matters.

END_OF_DOCUMENT_TOKEN_TO_BE_REPLACED 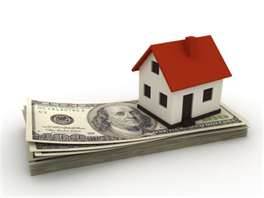 Here’s an example in Tampa, Florida this month for one of our foreclosure clients who wanted to keep her house and avoid the possibility of a deficiency judgment:

END_OF_DOCUMENT_TOKEN_TO_BE_REPLACED 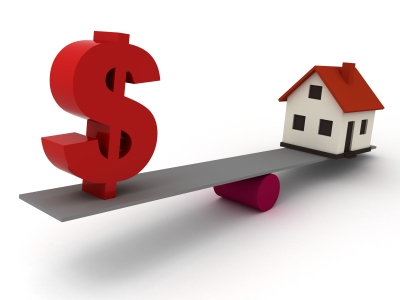 Bloomberg today reports that banks are offering as much as $35,000 to delinquent homeowners to sell their home in a short sale. In doing so, the banks avoid the costly foreclosure process especially when their loan documents are questionable and perhaps fraudulently prepared. I imagine we will be seeing a few of these in Florida, a judicial foreclosure state with particularly well trained and knowledgeable foreclosure defense attorneys.

JP Morgan Chase reportedly is sending out letters to borrowers offering up to $35,000. They are also offering deficiency waivers for the balance.

So open the mail – and ask your lender what move out incentives they are offering for a short sale. Perhaps you have more negotiation strength than you think. But don’t let the mortgage company get a default against you – it will both weaken your position and will allow the foreclosure to proceed against you at a faster pace eliminating your short sale opportunities. 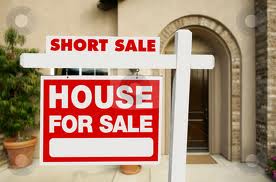 When listing and selling a home in a short sale, homeowners should consider including language to limit recovery of any unpaid amounts by the mortgage company (known as the deficiency balance). In Florida, we recommend this limitation be placed in the Purchase and Sale Contract. This way when the lender/bank agrees to the short sale, they are in essence agreeing to the terms of the contract between the buyer and seller. It is no different than if you wrote in “as-is” to limit your liability as to the condition of the property. I’d recommend something like the following be inserted into the contract:

The sale of this property is contingent upon the lender’s acceptance of all sale/purchase contract terms including a complete discharge/forgiveness of debt of any remaining deficiency amounts on the loan. Accordingly, the bank’s acceptance of this short sale agreement will constitute payment in full of both the first and second mortgage notes on this property and represent a waiver of any future lender right to pursue an action and/or judgment against the owners/borrowers to recover any deficiency amounts arising from this short sale transaction.