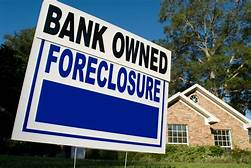 There a lots of reasons a debtor needs to file a bankruptcy.  However, debtors should be warned that they are likely giving up valuable rights to fight a foreclosure of their home if they do so — unless they reaffirm the mortgage.  Over the last few years, many debtors elected not to voluntarily reaffirm an underwater home — this would allow them to be personally sued for any deficiency balance even after the bankruptcy was over.  Another problem is the decision to reaffirm sometimes comes up before a loan modification review is complete and debtors aren’t sure whether reaffirmation is in their best interest.

Bankruptcy case law has been building in various Florida jurisdictions over this conflict.  Many courts have seen this as an issue of debtors “having their cake and eating it too” when debtors are released of their liabilities under the mortgage, but yet they can continue to fight the foreclosure and live rent free.

In response to this dilemma, Governor Scott just signed a bill on March 26, 2018 that stops defendants from defending a foreclosure if they have previously agreed in bankruptcy to surrender the property to their lenders.

END_OF_DOCUMENT_TOKEN_TO_BE_REPLACED 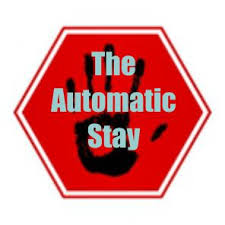 The automatic stay that normally applies when a debtor files bankruptcy, does not work the same in a second or even third bankruptcy case.  This has caught many debtors unaware and may cause the loss of a home.

In a 2nd bankruptcy filing, the automatic stay expires after 30 days.  During that time you have to get it extended.  We recommend filing a motion to do so when the case is filed to have enough time to get an order entered before the stay expires.

Sometimes debtors find it necessary to file a 3rd bankruptcy.  Perhaps a job loss or insufficient paperwork caused the prior bankruptcies to be dismissed.  If so, it’s important to know that the automatic stay does not apply at all for a 3rd bankruptcy.  As soon as possible, the debtor would want to file a motion to impose the stay, even to the point of filing a request for an emergency hearing if a foreclosure sale is looming.  It’s also important to note that you cannot file bankruptcy on the eve of a foreclosure sale because there is no stay until you can get one in place.  Typically you would have to identify factors in the motion and at the hearing as to why this third case will be more successful than the prior ones that were dismissed, as well as show the feasibility of any plan to keep the home (which could include a loan modification at an estimated payment of 31% of your gross income).

END_OF_DOCUMENT_TOKEN_TO_BE_REPLACED 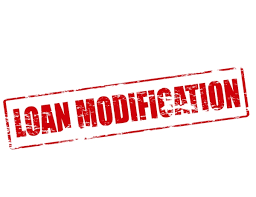 We received a nice loan mod today with a P&I payment of only $746.  For our bartender client that is great news and very affordable!  She had even had a loan mod previously but had lost her job and was unable to pay so Wells Fargo filed another foreclosure action after the last one was dismissed.  We then delayed the foreclosure and kept re-applying after a denial for a loan mod as her income and expenses fluctuated.  We never gave up.

This client had an FHA loan and there are a number of hoops an FHA loan mod has to undergo.    The first question our client was what her payment would likely be to determine whether it would be affordable or whether she should simply look elsewhere to live and let this house go.  A target payment is determined by three values for an FHA loan:

END_OF_DOCUMENT_TOKEN_TO_BE_REPLACED 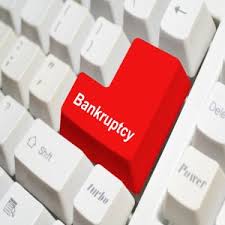 Sometimes our Florida foreclosure defense clients wait too long to challenge a foreclosure. This is the primary reason why we attorneys always post advice and blog incessantly about not letting a mortgage company get a default judgment or challenging a default if one occurs.

However, a client can also wait too long on the back end to challenge a final judgment. In Branch Bank & Trust Co. v. Michael’s Enterprises of Virginia, Inc., 519 B.F. 916 (Bankr. E.D. Va. 2014), a homeowner waited until a week after the sale and sought a temporary injunction which was denied. The sale proceeded and several months later the debtor refused to vacate the property and filed bankruptcy.

In the bankruptcy, the debtor attempted to collaterally attack the judgment already entered. Claims cannot be re-litigated, they can only be appealed. The Court awarded sanctions against the debtor, its shareholder and its legal counsel for $10,000. The debtor in this case attempted to argue that the foreclosure sale was a fraudulent transfer because it was for less than 70% of the market value. This argument failed to impress the U.S. Supreme Court in BFP v. Resolution Trust Corp., 511 U.S. 531 (1994) which was followed by the bankruptcy court.

END_OF_DOCUMENT_TOKEN_TO_BE_REPLACED

Green Tree to Pay $48 Million in Borrower Restitution and $15 Million Fine for Servicing Failures. See this announcement from the CFPB and the Federal Trade Commission.

Locally in Tampa Bay, Florida this is resulting in Greentree seeking continuances for all trials – including one this morning on behalf of one of our clients – to make sure that they are in compliance with this order. Perfect timing, because our client just submitted her loan modification paperwork in an effort to keep her home after her divorce.

I thought it would be useful to post what exactly are some of the mortgage servicing requirements by the new RESPA rules:

END_OF_DOCUMENT_TOKEN_TO_BE_REPLACED 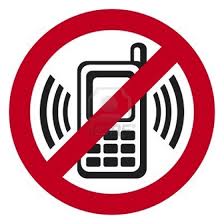 Many of our Tampa Bay, Florida clients facing foreclosure want to speak with their mortgage company and reach some kind of agreement for a loan mod, deed in lieu, cash for keys or short sale. Many do not. They’ve been there and done that and no longer want to receive in some cases hundreds of calls from a mortgage company.

So what do we recommend clients do in these situations? Well first of all, any company which calls your cell phone after you verbally tell them not to is acting in violations of the Telephone Consumer Protection Act (“TCPA”). If you have filed a bankruptcy, all calls regarding a debt are generally prohibited. All calls after you send a cease and desist letter are generally prohibited.

The reason I say generally prohibited is because there are some areas that may be allowed. For instance, a notice required by Florida Statute to send you information about cancelled homeowners insurance or escrow notices may be fine. But these are generally letters, not phone calls. However, even these notices are potentially improper if they address a debt being owed or otherwise appear to be an effort to collect a debt. We presently are involved in a class action in the Middle District of Florida, Tampa Division, of the U.S. Bankruptcy Court, on behalf of a client who continued to receive notices about insurance and escrow that appeared to state repeatedly that he would be charged for this debt — and he had filed bankruptcy and had obtained a discharge of all debt associated with the mortgage!

END_OF_DOCUMENT_TOKEN_TO_BE_REPLACED

Our firm doesn’t practice much in South Florida because it’s a little too far from our base in Tampa. But word has gotten around hundreds of miles away that the incumbent Judge Lewis leaves a lot to be desired in a Judge and it is negatively impacting homeowners facing foreclosure.

In case anyone reading this has friends or relatives in Palm Beach county, please pass along this blog and its links as we would like to help promote the candidacy of Jessica Ticktin as someone we feel would be an experienced, understanding and impartial judge.

Some words from Ms. Ticktin: https://www.youtube.com/watch?v=UW6HeTRPgEs

END_OF_DOCUMENT_TOKEN_TO_BE_REPLACED 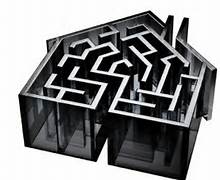 The new foreclosure bill that went into effect in Florida July 1, 2013 will be a trap for the unwary once the mortgage companies get their cases together and start to file foreclosure lawsuits under the new law. Thy’ve started trickling in, but not enough yet to gain any real publicity on the new procedures.

I’m speaking mostly of the new order to cause procedures. Basically, homeowners who send in their own responses without meeting specific criteria of presenting verified defenses will be caught off guard by the Judge granting final judgment at the first hearing within 60 days of service. And a sale date scheduled 30 days later. For a Florida populace used to months or years going by with no activity, having a sale date in 90 days or less will be a shock.

And once a final judgment is entered at the first hearing, it is very difficult if not impossible to try to get that set aside.

END_OF_DOCUMENT_TOKEN_TO_BE_REPLACED

Fannie Mae and Freddie Mac’s position is that they will not agree to a principal reduction in a mortgage modification. So our Florida foreclosure defense and bankruptcy clients are out of luck when their home is worth a lot less than the balance owed. This is their position even after a homeowner has filed bankrutpcy and is no longer personally liable for the underlying debt.

However, a new Director may be appointed to head the FHA soon. And if that happens, principal reductions may soon follow. The nominee, Mel Watts, is presently a member of the House of Representatives. While it is not certain that he would permit principal writedowns, it is something that at least is under consideration. HUD Secretary, Shaun Donovan is asking that bankers support Mr. Watts as FHA Director and to begin the process of winding down Fannie and Freddie. Fannie and Freddie have been responsible for more the 90% of the home mortgage market since the mortgage meltdown.

The current FHA director, Edward DeMarco, is against permitting principal writedowns for GSEs for any loan modifications.

END_OF_DOCUMENT_TOKEN_TO_BE_REPLACED 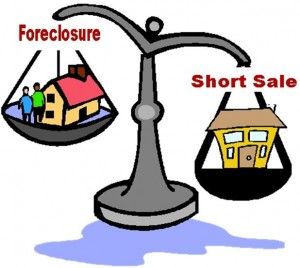 Traditionally in Florida, doing a short sale rather than allowing a foreclosure sale to occur is considered much better for your credit. Not so much difference in credit score per se, but mostly for future governmental financing when it is time to buy a home again.

You may think who cares, why would I want to buy another home after this disaster? The thing is, seven years is a long time to wait if you change your mind, get married or see a good deal.

Short sellers can qualify for new conventional loans in as little as two years. The same two year period of time that is required following a bankruptcy. Foreclosures though often require a seven year wait for a new mortgage that complies with Fannie Mae or Freddie Mac’s guidelines.